Book online and then just be on time at the departure point and find our guide with the Free Tour In London Umbrella!

As we told you before, the price is up to you! After the tour you can reward the guide, according to your possibilities and your decision, if you feel it’s fair because you had a wonderful time. Part of your tip will be used for marketing and some other operational costs.

MONUMENTS YOU WILL SEE

Leicester Square at the Swiss Flags Monument, between the M&M’s World and Lego Store (See map)

The city of London is full of great stories and characters. If you join this tour you can discover the secrets of the most influential and notorious royal family of the world, know the sinister story of the famous King of the Six Wives, Henry VIII, and the conspiracy of Guy Fawkes to kill the king and explode the Parliament. You will also have the opportunity to get a closer look to that important British who was Sir Winston Churchill and know curious stories about his life, in front of his own war rooms.

Other names associated with the history of this empire, such as Admiral Nelson or the Duke of Wellington -who defeated the Napoleonic Troops- will be protagonists of the incredible stories that our guides will tell you. It will be like going back to the past stepping on the places in which the events were staged and realize how this rainy island became the biggest empire of mankind. Spectacular sites will be at your disposal to be admired. Touring the City of Westminster, we will visit three royal palaces and know the most imperial and imposing London, with fascinating building and constructions that you will find in your walk, like Big Ben, Buckingham Palace and Trafalgar Square. In addition, as part of this West London Monuments Tour, you will discover the controversies of parliamentary democracy and the places where the powerful converge to make momentous decisions.

The Changing of the Guard at Buckingham Palace takes place daily at 11:00 am between April and July and on alternate days the rest of the year.

IS IT NECESSARY TO PRE BOOK?

YES. It’s necessary. Please, do NOT forget of booking online before joining the tour.

– Booking it’s free
– It takes one minute
– We accept Mobile Voucher, so you don’t need to print the reservation.

– Witness the Changing of the Guards*, like if centuries of history were just marching in front of you.
– Know the incredible stories of Henry the VIII, the King of Six Wives, in front of the palace he built for Anne Boleyn, the second one.
– Learn about the most controversial event in the recent history of British Monarchy: Princess Diana’s death, that made her worldwide known and cried, and deeply affect daily life at the Palace.

WHEN DOES THE TOUR RUN AND FROM WHERE?

We do the Free West London Monuments Tour every day, at 10:30 am and at 11.30 am on Fridays and Sundays, departing from Leicester Square, at the Swiss Flags Monument between the M&M’s World and the Lego Store. We don’t have tours on 25-26/December.

WHERE DOES THE TOUR END?

WHAT IS THE DURATION OF THE TOUR?

The Free West London Monuments Tour takes around 2.5 to 3 hours.

ARE THERE TOURS EVEN IF IT’S RAINING?

YES, off course! This is England, remember, it’s generally raining so we are more than used to it. That’s why we recommend you to take appropriate clothing and shoes for a rainy day with you, and don’t forget an umbrella, just in case.

WILL WE SEE THE CHANGING OF THE GUARD?

HOW CAN I FIND THE GUIDE?

Just go to the departure point and look for our guide, who will be carrying a Free Tour In London umbrella.

IS IT NECESSARY TO MAKE A RESERVATION?

Yes, it is. Our tours are highly demanded so, please, make a reservation, it is mandatory to join our tour and really easy to do it. It takes less than a minute and its totally free and it’s also important for our planning to make sure we have guides for all of you.

Remember, in our regular tours we don’t accept groups of 8 people or more, so, please, contact us to organize a private tour for your group.

HOW YOU HANDLE TO RUN FREE TOURS?

Yes, we know it’s hard to believe, but all our tours are free. If there is a price, is totally up to you! After the tour you can reward the guide, according to your possibilities and your decision, if you feel it’s fair because you had a wonderful time. Part of your tip will be used for marketing and some other operational costs. This is a risky but effective system. We make sure our tours are highly qualified and the client is duly satisfied. Also, we are proud the welcome everybody to our tours, no matter their budget.

There are no reviews yet. 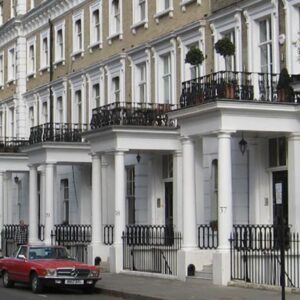 Schedule: Monday, Wednesday, Friday and Saturday: 15:30 Departure Point: Tower Hill Underground Station Price: Free Languages: English & Spanish Living the experience of this Tour will mark your memories for a lifetime. The most impressive views of the city will parade before your eyes on a stage that vibrates with the pulses of London’s culture. Feel the architecture [...] 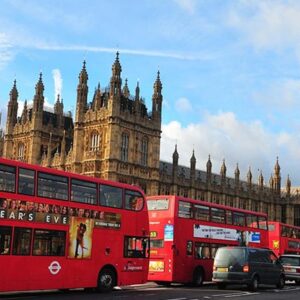 Free London In A Day Tour

Schedule: Friday, Saturday and Sunday: 10:00 am Departure Point: Tower Hill Underground Station Price: Free Languages: English & Spanish For the people who visit London with short time, we have designed this special one day tour. Don’t let the lack of time impede you to know the main wonders that this city contains. The departure is always at 10.00 [...] 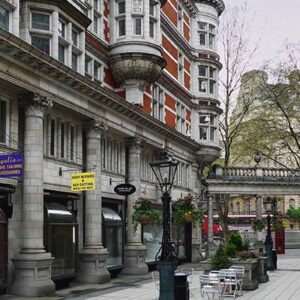 Schedule: Every day 10:30 / Fri-Sun 11:30 Departure Point: Tower Hill Underground Station Price: Free Languages: English & Spanish Join us for a walk through the old town of the City of London and in just two and a half hours you can experience the most significant moments in the history of this ancient city of 2000 years. [...]